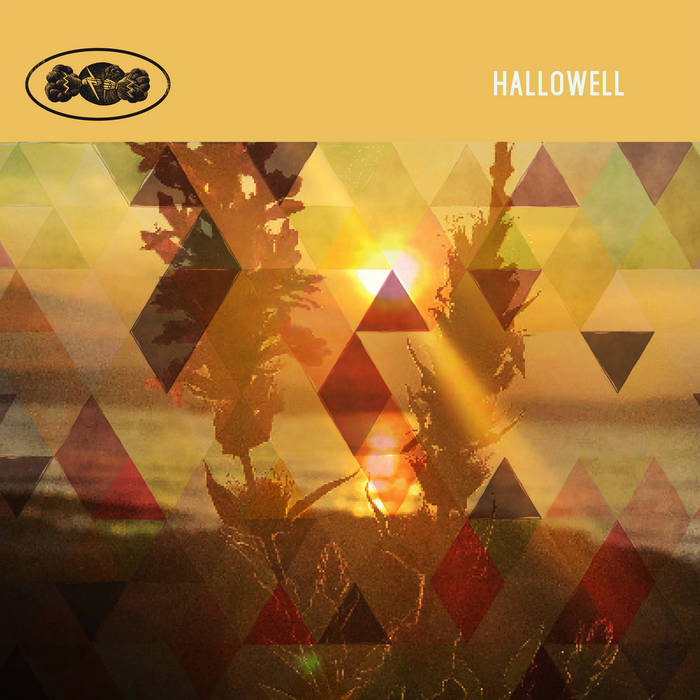 Hallowell is modern sacred music from Vermont by Joseph Pensak, his first project since Come, O Spirit!, Bifrost Arts’ seminal record, which featured vocals by indie rock luminaries Laura Gibson, Damien Jurado, J.Tillman (Father John Misty), David Bazan, Rosie Thomas, Shara Worden (My Brightest Diamond) and more. Growing up in Memphis, TN was hearing stories from MeMe about Elvis buying Cadillacs for strangers, watching the world open up as a hero high school quarterback neighbor opened the liner notes to R.E.M.’s Fables of the Reconstruction, and driving home after track practice blasting The Breeders’ “No Aloha” from a mixtape, thinking it was the greatest single recording in the history of mankind (it probably is). College in Mississippi was sitting with his bandmates in awe as the gentle whir of a VHS gifted us Björk’s “Possibly Maybe” live at Shepherd’s Bush, seeing Morphine a week before Mark Sandman died, and drowning sorrows on lonely midnight roads to Red House Painters’ “Katy Song” after his now wife rightly dumped him. In one
moment, all of it was pulling out his parents’ vinyl of Déjá Vu by Crosby, Stills, Nash and Young and trying out the old 1970’s cabinet record player in the living room for the first time: A new day, a new way, and new eyes to see the dawn. Hallowell is the common made holy because of the gospel mystery that the Holy became common—the Needle dropped and the world heard its song.

Joseph Pensak lives in Burlington, Vermont and for the past seven years has served as the founding pastor of Redeemer Presbyterian of Burlington and the head curator of New City Galerie, an art gallery for emerging Vermont artists on the historic Church Street pedestrian market. He is married to Katie and has three daughters: Nadine, Lucie and Maëlle. Joseph was co-founder of Bifrost Arts, a sacred music collective. You can find him on Hallowell’s Instagram.

Hallowell’s debut record was recorded at Studio 150 in Burlington, Vermont with multi-instrumentalist Christopher Hawthorn and over 20 accompanying musicians. All strings were performed by TURNmusic, a Vermont based chamber music collective led and conducted by Anne Decker. This collaboration with TURNmusic widened to include composer Kyle Saulnier, who wrote string arrangements for “Golden in Spring” and “You Take It All,” with Christopher Hawthorn contributing arrangements for “The Wreath,” “Tho’ Dark Be My Way,” “Another World,” and “Pass Me Not, O Gentle Savior.” François “Officer” Clemmons, of Mister Rogers’ Neighborhood, sings vocals on “Another World.” Guest vocals on “Soul Adorn Yourself with Gladness” are by the Vermont trio Fall Like Cats (Becca Booth, Abigail Keegan and Lydia Koch). Almost every other song features harmony vocals by Laura Heaberlin, of the hyper-literate chamber folk band Cricket Blue. All horns were played by Taylor Smith, Nate Reit and Christopher Hawthorn.

Hallowell is modern sacred music from the shores of Lake Champlain in northwestern Vermont by the co-founder of Bifrost Arts, Presbyterian minister Joseph Pensak.

A new day, a new way, and new eyes to see the dawn.

Hallowell is the common made holy because of the gospel mystery that the Holy became common. The Needle dropped and the world heard its song. ... more

Bandcamp Daily  your guide to the world of Bandcamp